When Mitochondria, a form of bacteria at the time, merged with what was a simple cell-organism, the ensuing symbiosis gave rise to complex life. Today, mitochondria are present in almost every human cell. They turn oxygen into energy, play a central role in intracellular communication and are involved in the processes of cell proliferation as well as death. When they are damaged, due to disease or genetic defects, cell functions deteriorate.

Whilst known as disease targets for some time, mitochondria have proven difficult to treat. But what if it was possible to replace and augment damaged mitochondria? Therapeutic Mitochondria Transplantation holds the potential of sustainably affecting mitochondria function, reinvigorating or amplifying the cellular energy metabolism.

MITOCHONDRIA ARE INTIMATELY TIED TO THE ORIGIN OF COMPLEX LIFE

Mitochondria are membrane-bound cell organelles that generate most of the energy needed to power the cell's biochemical reactions. In a process referred to as symbiogenesis, mitochondria are said to have merged with a simple cellular organism, giving rise to complex life and its evolution. In this process, Mitochondria took over vital roles within the cell, including: 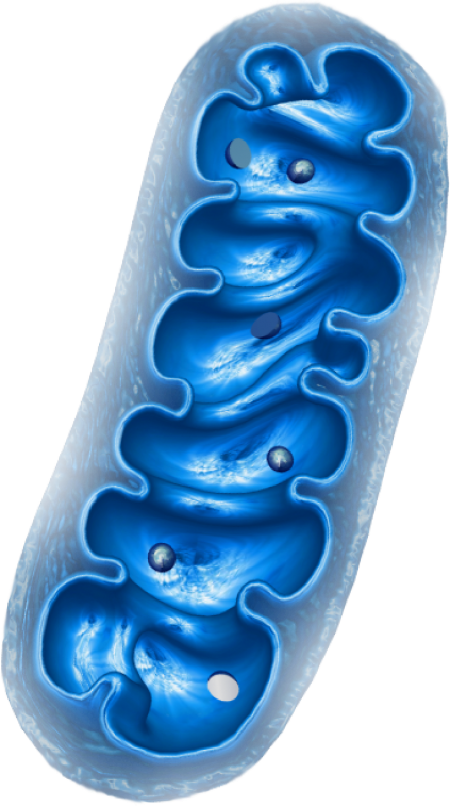 Employing proprietary preparation and delivery techniques, cellvie is transplanting mitochondria directly into compromised cells. The organelles penetrate the cell walls through endocytosis and merge with the mitochondrial network, to contribute to the cells' energy metabolism.

Ischemia-reperfusion injury is the world’s number one killer. It is ubiquitous - arising whenever the blood flow to a part of the body is interrupted and subsequently re-introduced. The damage accumulates over two waves of cell death. Ischemia, the lack of blood flow, causes the first wave. As the cells are cut off from their vital oxygen supply, which is delivered through the blood, their functions deteriorate, ultimately leading to cell death. In this cascade of events, mitochondria function is impaired. Reperfusion, whilst the only means to rescue the affected tissue, is associated with a second wave of cell death. Specifically, ischemic cells are overwhelmed by the sudden influx of oxygen. Due to the ischemia-induced mitochondrial damage, the cells can no longer turn the oxygen into energy. Free radicals form and cell death ensues. It is akin to not having eaten for a week and then stomaching a big, fatty steak.

With 100,000 patients on the waiting list for a kidney and 12 of them dying each day, the need to improve access to and performance of these grafts is dear. A key driver to donor organ availability, performance and longevity is ischemia-reperfusion injury. Not only limits the fear of ischemic injury allowable transport times and donor selection, but ischemia-reperfusion injury is also closely linked to delayed graft function (DGF) – commonly defined as the need for dialysis within the first week of transplantation. DGF in turn is a driver for long term kidney survival as well as direct treatment costs.

The therapy’s success in kidney transplantation would translate well to other ischemia-reperfusion indications, including other solid organ transplantations, as well as long clamp time cardiac surgery and heart attacks. cellvie plans to expand approvals to these indications, next.

We seek to bring about Therapeutic Mitochondria Transplantation as a new treatment modality, building a pipeline of applications beyond ischemia reperfusion injury.

We are particularly interested in the potential of slowing or reversing degenerative processes caused as humans age, that are directly connected to mitochondria function.

Get to know us

Mitochondria produce the majority of ATP, the cellular energy currency. This is vital for all tissues and organs of our body. If energy production is insufficient, our brain, nerves and muscles will not work.

Mitochondria play a pivotal role in the regulation of intracellular calcium levels. This regulation is essential, for example, for heart function, and its disturbances might lead to heart failure.

Apoptosis, or programmed cell death, is a process that removes damaged or unnecessary cells from the body. Malfunctioning of this process is associated with cancer.

Mitochondria are not only the “powerplants” of the cell, but also its “chemical factories”. They convert metabolites into each other and thus provide essential “building blocks” for the cell.

Mitochondria regulate cellular functions by communicating with other organelles and releasing signaling molecules. For example, they produce reactive oxygen species that are essential for stem cell differentiation.